The Mazda MX-3 was a four-seat hatchback produced from September 1991 to 1998. It was based on the EC platform. The MX-3 was marketed as the Mazda MX-3 Precidia in Canada, the Eunos 30X in Australia, and as the Eunos Presso, Autozam AZ-3 and Mazda AZ-3 in Japan.

The MX-3 was available in two trims in North America: the RS with an I4 engine, and the GS with a V6 engine. It is notable for having one of the lowest displacement V6 engines ever fitted to a production vehicle with its 1.8 L V6.

The V6 engine was impressive for the time, belonging to the Mazda K-series, which were used in a range of Mazda vehicles. These engines were designed to be smooth, very long lasting, and hold a high torque across the RPM range. These engines used a variable length intake manifold (VLIM), in order to provide optimal torque using intake resonance. Mazda called their system on the MX-3 the "Variable Resonance Induction System" (VRIS). This engine had a 7000 rpm redline, and a 7800 rpm fuel cutoff. It is rumored that Porsche designers helped to create the K series engine.

The MX-3 used Mazda's proprietary Twin-Trapezoidal Link (TTL) for the rear suspension. It passively allowed the rear wheels to turn slightly in order to enhance handling. It has been used on a range of Mazda vehicles, providing a smooth ride, yet delivering responsive handling while minimizing body lean.

In 1996, Mazda Europe produced 100 Mazda MX-3 V6 SEs. These had a leather and suede interior, and all had the Clear White body colour. There were also a limited number of Mazda MX-3 V6 Equipes, with Sparkle Green Metallic or Noble Green exteriors.

The MX-3 is becoming a rare car, so modifications for it can be difficult to find unless one knows where to look since it has not been sold in North America since 1996. Since the MX-3 has two engine classes, I4 and V6, many of the engine performance modifications are dependent upon what platform is installed.

There is now a decent range of body modifications for the MX-3 along with performance brakes and suspension.[4] Most extensive modification must be entirely custom fabricated due to limited availability.

Swapping of the 4-cylinder RS engines can be slightly more complicated than the V6 GS mainly due to ECU, wiring harness, and MAF combinations as well as motor mounts. V6 swaps require specific ECU, intake manifold, and VAF sensor combinations, but there are far less variables to deal with. Many improvements can be made after the engine swap and during the engine tuning process to find the best combination of engine peripherals. 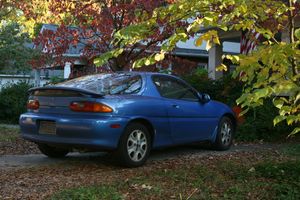 Since the final discontinuation of the MX-3, many enthusiasts continuously hope for a return of the MX-3 model. The upcoming Mazda MX-4 Kabura concept, planned for 2009, is similar in concept to the MX-3. The Kabura is said to borrow significant mechanical components from the Mazda MX-5 while the styling appears as a blend between the MX-3 and RX8.