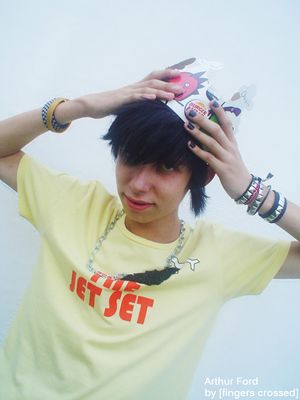 Ford Motor Company's Twin Cities Assembly Plant is located next to the Mississippi River in the Highland Park neighborhood of St. Paul, Minnesota, United States. It is the oldest Ford plant still in operation, having been first built in 1924. Today, the plant manufactures the Ford Ranger pickup truck and the similar Mazda B-Series. In 2004, a vehicle took an average of 20.77 hours of labor to roll through the assembly line, 3.5 hours faster than might be expected in comparison to other plants. The site also primarily runs on clean hydroelectric power from a company-owned dam on the river, resulting in significant savings in cost and fuel usage. For many years, the soft sandstone underneath the plant was mined to obtain raw material to make glass for vehicle windows. The mining has long since ended, but the tunnels remain.

Despite advantages that the plant offers, it was rumored to be among the plants that were expected to be closed when company officials revealed restructuring plans dubbed The Way Forward on January 23, 2006. The St. Paul plant was not included among the initial list of plant closings announced in January. However, Ford announced on April 13 that the Twin Cities plant would close in 2008, along with the Norfolk, Virginia Ford F-series pickup plant.[1] Ranger production has dropped from a peak of nearly 300,000 units in 1998, to under 120,000 in 2005. First quarter 2006 sales for the Ranger were under 22,500 — down another 16% from 2005. While other Ford plants were operating at an average capacity of 75% in 2004, the Twin Cities Plant beat that average with 83%, but higher than average productivity was not enough to hold off the plant's ultimate closure. 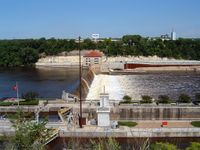 Labor and community activists are coalescing around the idea of saving the Saint Paul Ford Twin Cities Assembly Plant and the jobs it provides. A bill, SF 607, is presently under consideration in the Minnesota Legislature aimed at keeping the property (which includes the hydro-electric dam) in saleable condition for two years in an effort to find a manufacturer who would like to buy the property for manufacturing.[2]

The promise of cheap hydropower was the chief reason why Henry Ford agreed to build a plant in St. Paul. The dam was initially completed in 1917, making it one of the oldest on the river. However, hydroelectric power required a rather large dam, which meant that the first lock and dam built on the Mississippi would have to be demolished. Some remains of the upstream Meeker Island Lock and Dam still poke out of the water when the river is low. A major upgrade to the Ford Dam was completed in 1929, and the completion of locks by the U.S. Army Corps of Engineers followed in 1932.

A view of the Intercity Bridge

The Ford name is also attached to a nearby bridge, completed in 1927. Officially known as the Intercity Bridge, it connects 46th Street on the Minneapolis side of the river to the Ford Parkway in St. Paul.